Hoi Ha Wan (Chinese: 海下灣; pinyin: Hǎixià Wān) or Jone's Cove is a bay at the north of Sai Kung Peninsula. It is a marine park in Hong Kong. The location has a high biological value, as it shows significant biodiversity. That is because the Park is a sheltered bay with pristine water quality, so that it provides a good marine environment for housing a great variety of marine organisms. Numerous kinds of corals can be ascertained under the sea, and it is a hot spot for diving.
OutdoorHongKong

Why locals love it It's an escape from a bustling city. You may see the most beautiful beaches in Hong Kong. Included Ham Tin Wan, Tai Long Wan and Tai Wan. During the Hiking trail, you may find the outlet of Sheung Luk Stream. Four Pools, a series of midstream plunge pools, which is a well known tourist attraction. Why you should visit it Visitors can find the hidden landscapes of Hong Kong's nature. Such as waterfalls, beaches and mountains etc. If you travel there by boa
OutdoorHongKong

Sai Kung boasts the longest stretch of coastline in Hong Kong, and the most numerous outlying islands. Some islands are so unique in natural scenery that they atom the sea like luminous pearls. Others feature extraordinary rugged profiles and rear up abruptly from the water. Sai Kung is a unique region of imposing rich geodiversity. These famous go sites include the magnificent sea stacks on Bluff Island, the breathtaking tubular rock columns and sea caves on Wang Chau, the t
OutdoorHongKong

The MacLehose Trail (Chinese: 麥理浩徑), opened on 26 October 1979, is a hiking trail that crosses much of the New Territories, starting from Pak Tam Chung, Sai Kung, in the east to Tuen Mun in the west in the territory of Hong Kong. The whole trail is 100 kilometres long, marked by distance posts at 500m intervals along the path. It is named after Sir Murray MacLehose, the longest serving governor of Hong Kong, who established the Country Parks and was himself an enthusiastic hi
OutdoorHongKong

Tai Tun (317m height ), you will see the thousand islands view of Sai Kung. Tai Tun is one of the many mountains and hills that dotted the Sai Kung countryside. #TaiTun #SaiKung #thousandislands
OutdoorHongKong

Towering 344 metres above the lowlands, High Junk Peak (Chinese: 釣魚翁; literally: "Fisherman") is one of the three treacherous peaks in Hong Kong. It is the number one attraction of Clear Water Bay Country Park located in the Clear Water Bay Peninsula, Sai Kung, New Territories, Hong Kong. The other two sharp peaks of Hong Kong are Sharp Peak (蚺蛇尖) and Castle Peak (青山). It is also known as one of the three sharp peaks of Sai Kung. The other two are Sharp Peak and Tai Yue Ngam
OutdoorHongKong

Tai Mun Shan (Chinese: 大蚊山) lies to the west of Tai Long Wan near Chek King on the Sai Kung Peninsula in Hong Kong. The hill comprises a rounded peak, which rises to a height 307 metres.[citation needed] The name translates as the Big Hill of the Mosquitoes. #BigWaveBay #TaiLongWan #SaiKung #Peninsula
OutdoorHongKong

Sharp Peak, also known as Nam She Tsim (蚺蛇尖), is a hill which lies within the Sai Kung East Country Park,[1]north of Tai Long Wan, in the Sai Kung Peninsula in Hong Kong. It is particularly well known for its well defined sharp peak, which rises to a height of 468 metres (1,535 ft) above sea level.[1] The hill is reasonably hard for hikers and should only be attempted in good weather with correct equipment, although it is a popular site for hiking in Hong Kong. #SaiKungEastCo
OutdoorHongKong

Pyramid Hill is like a pyramid located at the south of Ma On Shan, north of the tableland of Ngong Ping, Sai Kung. #PyramidHill #TaiKamChung #SaiKung #MaOnShan #NgongPing 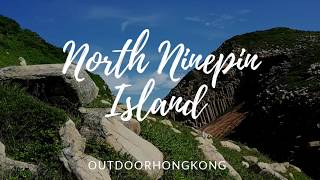 North Ninepin includes Sai Mei Chau and Hok Tsai Pai. The outcropped volcanic rock with columnar joints of the Ninepins is a type of acidic rhyolite volcanic rock. The rock is relatively consistent and has significant contents of potash feldspar and quartz phenocrysts. This rock set, known as the High Island Formation, is part of the Early Cretaceous Kau Sai Chau Volcanic Group. Rocks of the Ninepins date back to the age of dinosaurs about 140 million years ago. It is believe 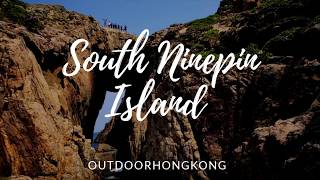 South Ninepin (Nanguozhou includes Tai Chau, Tai Chau Mei, Ta Long Pai and Lai Chi Pai. Nanguozhou is as desolate as the North Fruit Island, and is most famous for its sea caves. There are huge cliffs in the south of the island, and the weathering is more serious. There are three giant sea caves under the cliff. From south to north, there are Tianti Cave, Backflow Cave and Sancha Cave. Only the latter two can travel on the barge. In the center of the island, there is the land 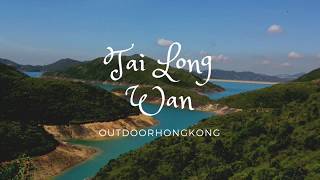 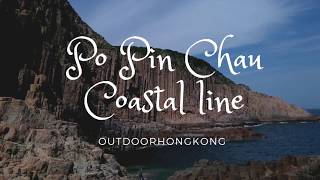 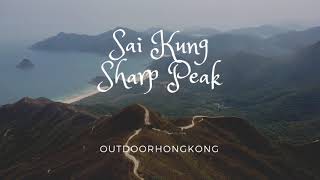 Sharp island Geo Trail It is about 500m long. One can find various igneous rocks, such as volcanic breccia, rhyolite and quartz monzonite along the trail. Sharp island is an ideal place for appreciating and studying igneous rocks. How to get there Take the Kaito from Sai Kung Pier to Sharp island. (around 15 minutes boat ride) Tombolo The Tombolo attaching Sharp Island to Kiu Tau Comprises mainly gravel. At low tide, visitors can walk to Kiu Tau along the tumble. Exfoliation
OutdoorHongKong

Po Pin Chau , Fa Shan & Mok Min Cave What is the best time to go If you looking for a clear view, summer time is the best time to go. However, the temperature is very high without shelter on the trail. If you looking for the best weather to go, during autumn will be the best to hike there. How to go Start from Sai Kung Town. Take the green taxi to Fa Shan (starting point). Finish at East Dam Sai Kung and take the taxi back to Sai Kung Town. Why to go The staggered hexagonal r
1
2
bottom of page